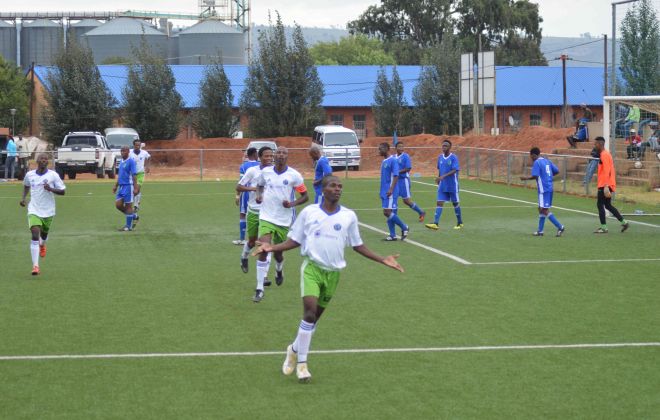 Kick4Life goal poacher Ts’eliso Botsane was marvellous as he netted a brace against Linare to help Kick4Life return to winning ways in Econet Premier League on Good Friday.

The match was played at Maputsoe under the create atmosphere as people showed up in numbers to enjoy the match.

Botsane’s first goal came early in the first half as he assisted the visitors to settle well in the game. This was a much needed win as Bob Mafoso’s charges had to dig deep after losing a number of matches.

The win now takes Kick4Life to 35points in the league, and they still remain in the sixth position. However, they are now just two points behind the fourth placed LDF, and the two teams still need to play another.

Botsane doubled his efforts shortly in the 15th minute, making sure he put the game where Kick4Life wanted it. He now has 8 league goals, and is the leading scorer within his team.  Likano Teele was unfortunate to concede an own goal in the opening minutes of the second stanza.

Nonetheless, Kick4Life managed to hold on to the score as they clinched their win in Maputsoe. They will now have to shift their focus to Liphakoe who visit them this coming Saturday.